Many nights I come home from work and watch TV while eating my left overs from earlier in the week. I especially love the PBS Create channel, mostly for the cooking shows with impressive international chefs. Its mindless entertainment that I can unwind to and really enjoy seeing new recipes. The other day, the queen B, Miss Martha was teaching her viewers how to make all things coffee inspired and I perked right up. Who doesn’t love the smell and taste of coffee, especially in their desserts? I know I do. While most of the recipes called for a counter top mixer, which I don’t have, she started making a coffee cream pie and immediately I wanted to try to replicate.

The actual process of making the pie became a little harder once I realized I have never made crust, or whipped cream from scratch and didn’t have a few of the tools needed. But THANKS to my sweet, sweet boyfriend, I was able to give this recipe a whirl.

Making the crust was the first order of business, which of course had to be complicated. The recipe calls for chocolate wafers to be ground up in a food processor, which my local grocery store didn’t have. Quickly, I realized people make graham cracker crust all the time so, I looked for chocolate graham crackers. Nope. WTH!?! Finally, I found a box of chocolate graham cracker-esq dippers. Not even close to plan A but a step closer to plan B. As a back up, I bought an premade Oreo crust because I was certain this was going to flop. 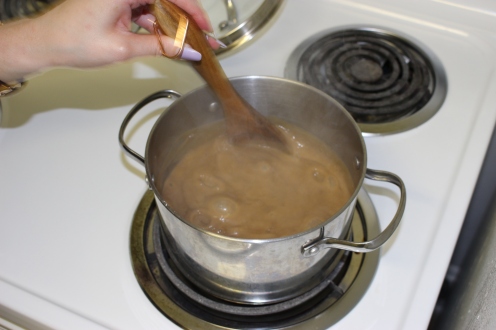 Once I started making the crust at home, it came together ok… it didn’t set up as firmly as I’d hoped but looked pretty, probably needed more butter. So, the next order of business while the crust was cooling, was the custard cream filling. Also, never made a custard before. I’m starting to realize, I may have picked the wrong recipe. A custard takes some love and attention like risotto, constant stirring. Luckily, my angelic and patient boyfriend was there to help and it turned out perfectly! I poured the custard over the pie crust, wrapped it in plastic and into the refrigerator it went to set overnight. 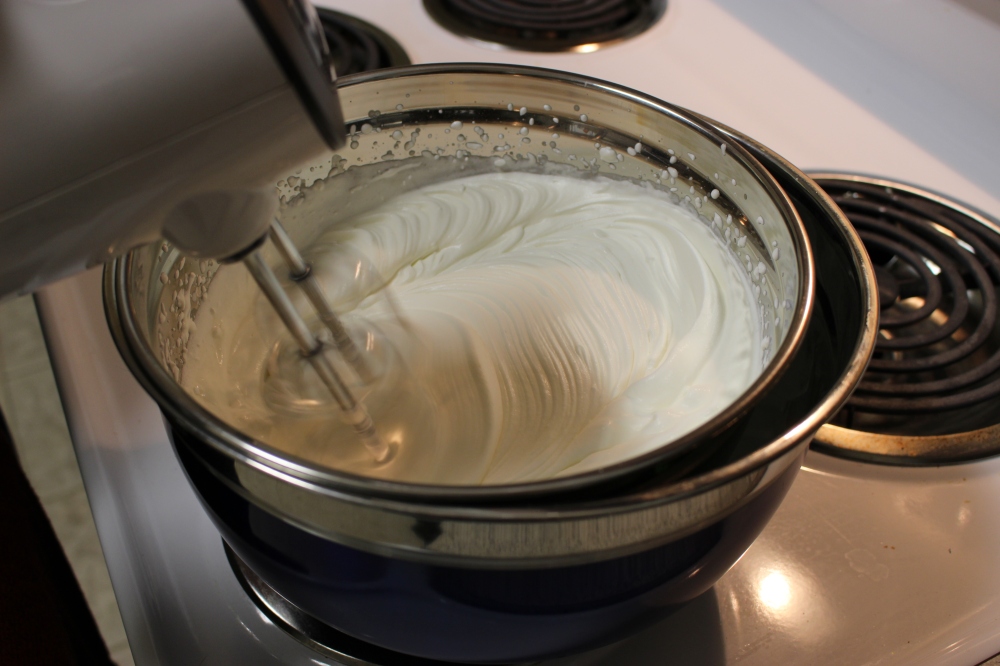 The next night K. Bendy and her husband were over for a game of cards, so of course I enlisted her help with the final steps of the pie. We whipped up the heavy cream and added confectioners’ sugar with a hand mixer and to our surprise beautiful peaks formed. After pouring the whipped cream over top of the chilled custard pie, I wanted  to add a touch of pretty to the top. K. Bendy smashed some coffee beans and we sprinkled them on, viola!

It was finally the time for truth, I was so nervous considering this was so far out of my box. And naturally, the first slice crumbled to bits upon being served. Ha! However, no one complained and they all still said it tasted delicious. Very rich and maybe too much whipped cream but no one spit it out. There are some things that I’d probably not do again, like attempt my own crust, but it was a success non the less and I’m glad I finally tried one of the recipes!