Back in 2010 or 11, I had to have a second knee surgery. It was summer, and I was an undergrad with no optional summer courses. IE, bored out of my mind. I was working in a lab at the time, but not full time, and had more free time than I would know what to do with at this point in my life. WHAT WAS I DOING?! Oh, that’s right … I was a broke undergrad hanging out in the house, trying to spend as little money as possible. That’s how I hurt my knee, a group of fellow students decided it would be fun to try and play tennis after our lab work. Needing knee surgery is not a great way to NOT spend money.

So, I was trying to think of an inexpensive hobby I could do while I was stuck on the couch rehabbing after surgery. I honestly can’t tell you what made me think about crochet or knitting, but the supplies were pretty cheap and it was going to keep me busy. I went to the craft store and bought a few skeins of yarn I thought was pretty, a crochet hook, a set of knitting needles, and a few inexpensive black and white books. The books did NOTHING for me. I was trying to learn a hobby, not a new language. In googling how to crochet/knit I came to find that YouTube is FULL of full length tutorials!! Some better than others, and it didn’t take me long to find my favorites.

I was absolutely garbage at knitting. I came to find out later that most people that crochet/knit say you can really only do one or the other, and it’s so true in my case. I knit WAY too tight, kept splitting the yarn, and the scarf I tried to make was not only hard and uncomfortable, it also grew to twice the width I started with about a foot along. TRASH!

Crochet though, made more sense to me. I still crocheted way too tight as well, but the consequences aren’t as bad, and it was easier to compensate for it in the project later down the line. My first completed project was supposed to be a simple square blanket, but by the end was more like a tent. Too tight in the middle, so it puckers up. I leave it folded on my couch to cover the corner my cat scratched up. Oh well, live and learn. But below are most of the projects I have completed or are still in progress. Blankets for family/friends that had babies, a mood blanket that my OCD took over and I couldn’t finish, comfy throws, square block patterns that I made the horrible decision to make up on the fly, cute little flowers, and even a mermaid tail. 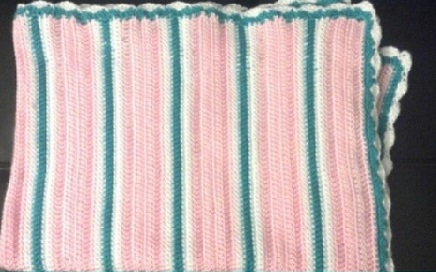 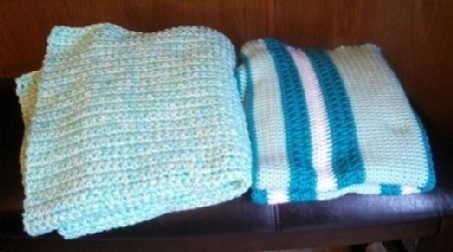 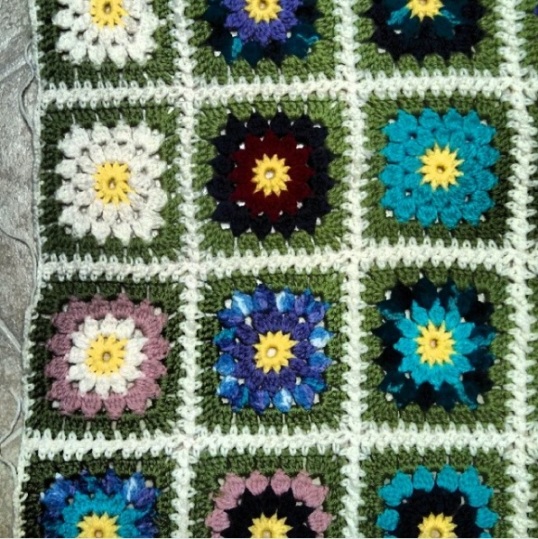 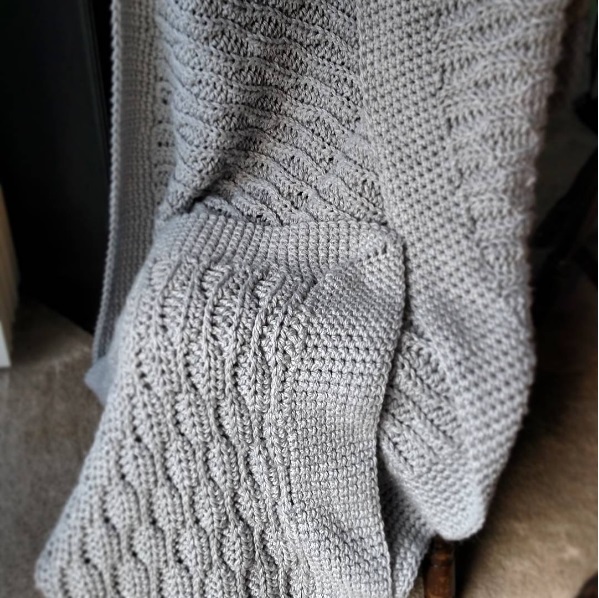 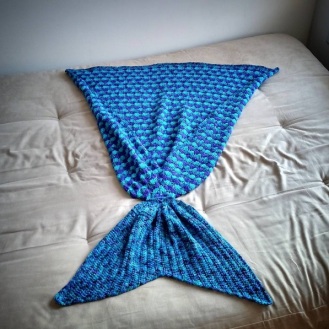 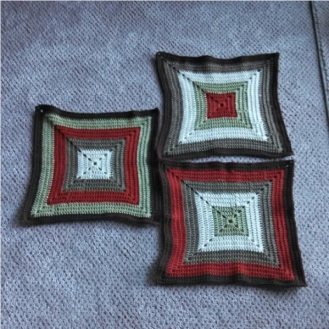 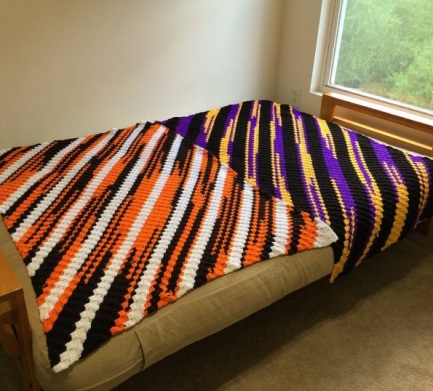 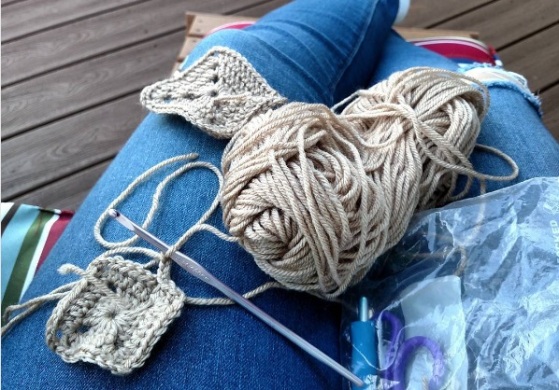 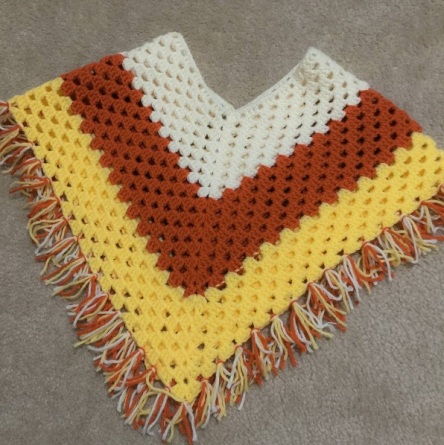 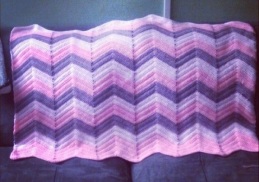 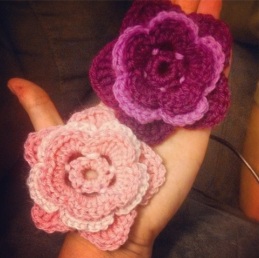 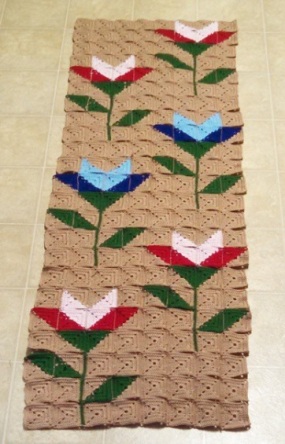 I had ambitions at one time to start an etsy shop and make some money off of my creations, but the truth is that it takes too much time. If I tried to recoup the materials cost only, that wouldn’t be too bad, but because I was only making things in the evenings and on the weekends, it just took too long.

Lately, I’ve become very uninspired with my crochet. Three of the projects above are still on-going. The two “squares I decided to make up on the fly”, are the blue and red flowers with the tan background, and the red/white/green/tan squares. The yarn I bought for them was fairly thin (sport weight), and the pattern I picked for each square is thick. This makes making each square a severe PAIN IN THE ASS. I think I’m about halfway done with each of them. At this point, I think I forgot, and will have to re-teach myself how to make the squares that are half colors for the blue/red flower blanket. 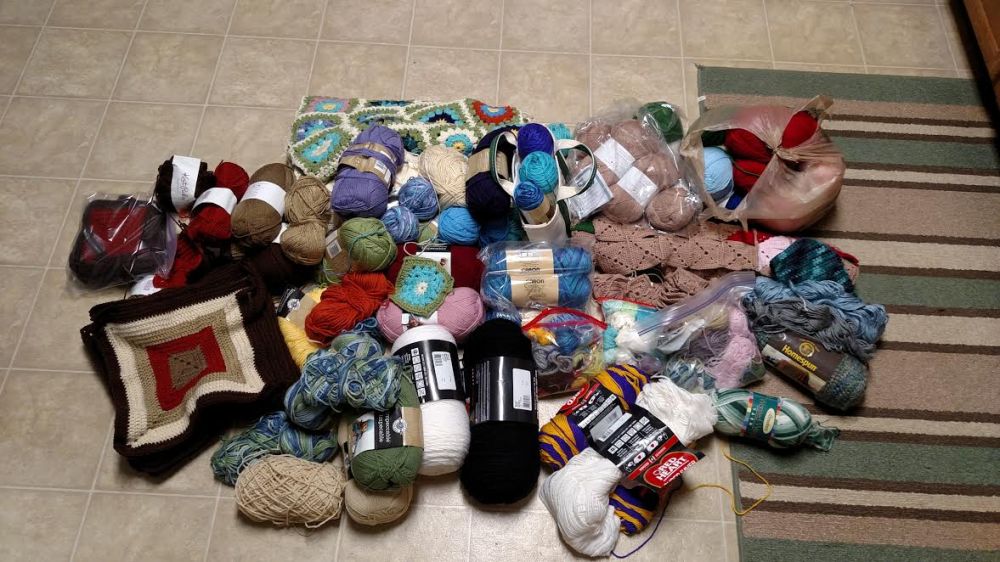 My yarn “stash”. Just thinking about taking all of this out gave me so much anxiety, that I waited days to do it (and when my husband wasn’t home). Included at the 3 unfinished projects, and excess yarn from older/completed projects that I’ve come to call “yarn of projects past”. This old yarn is too much to just throw away, but not even close enough to make a full project. I have NO IDEA what to do with it. Plus the zip lock bags of tiny balls of yarn, the “yarn of skeins past”. I’ve seen lots of cute projects on Instagram to do with the left over yarn, but haven’t committed to any.

After I took the picture above, I organized the yarn into their respective projects, or the miscellaneous “to be determined” bag. Here’s to hoping I get to update you in a few months on something with some progress!! Haha. Fingers crossed.

If you’re a crochet or knitter, and have found yourself in this situation before, PLEASE leave me a comment below about how you climbed out of your yarn project hole!